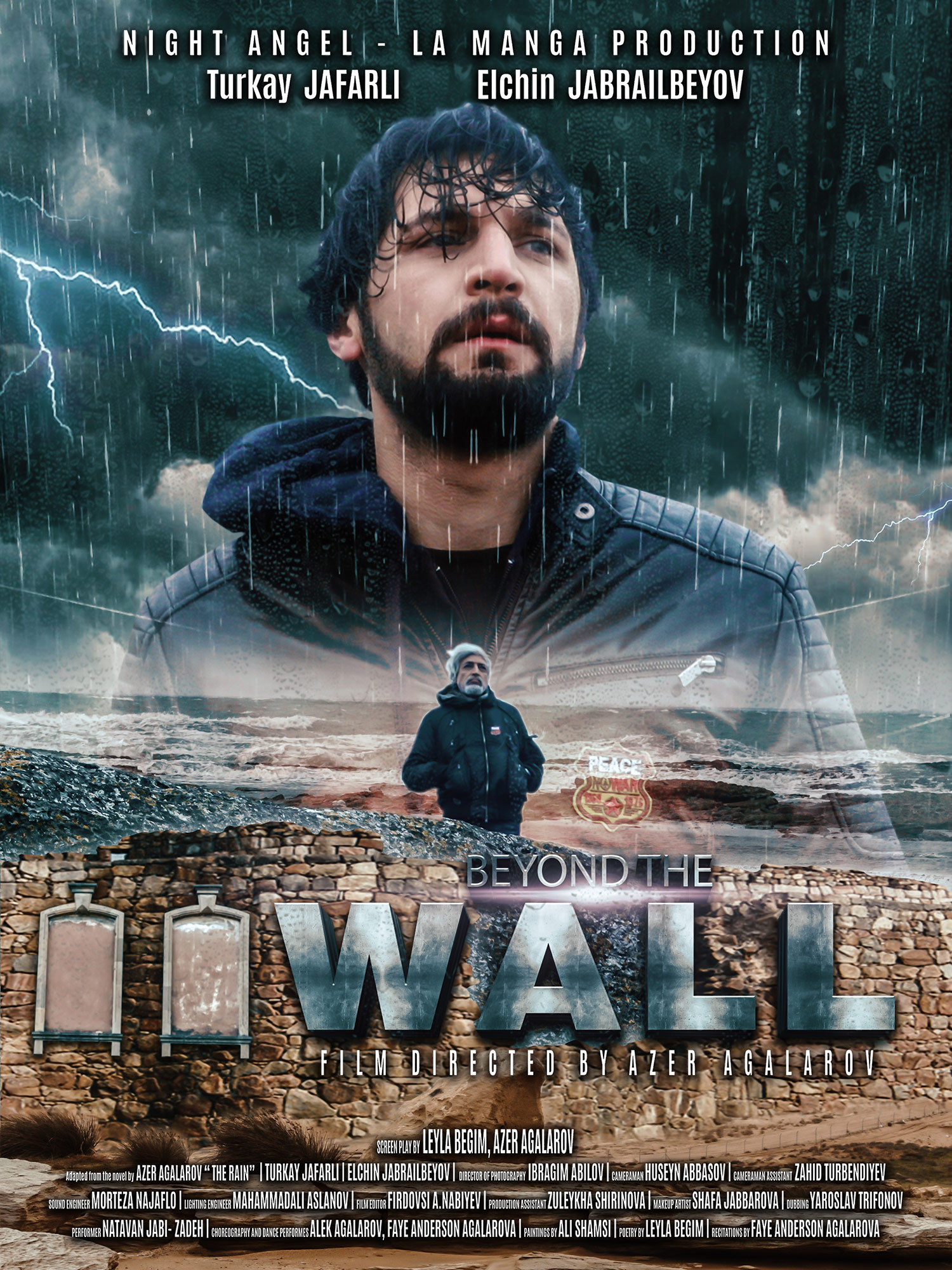 Synopsis : “Beyond the Wall” is a short film about an intrinsic link between present and past, a spiritual journey of the Artist through the pain of loneliness, an epitome of eternal Love. The authors, Azer Agalarov and Leyla Begim, convey the feelings and emotions of the principal character in the form of music and lyrics, and they do it through poetic symbols and surreal artistic images.
The dance is also an allusion to the timelessness of love.


Azer Agalarov
Film’s Director and co-screenwriter Azer Agalarov (German citizen, lives in Spain): Medical doctor, journalist, writer (pseudonym Stephen Wolf), musician (Rock-n-Roll, keyboard). The author of stories and short stories in the style of surrealism. Calls his style Musical-Visual literature. Author of two books published in Germany in Russian, German and Spanish. The author of the musical composition (“Angel in the Night”) of the song which used in film.

Leyla Begim.
Leyla Begim. Poet, playwright. Leyla is co-screenwriter and author of poetry of “Beyond the wall” short film. She is the author of four poetry collection books, and the author and co-author of several plays. She is a member of The Writers Union of Azerbaijan, Great Britain poetry society and European Congress of writers.
Leyla’s poetry and plays have been published in different languages. Her wreath of sonnets “Weeping for Karabakh” has been published in German, English and Azerbaijani languages and kept in the Azerbaijan Museum of miniature book.
Her plays and poems are published in Czech language in translation of Milan Dvorak.
Currently Leyla lives in Czech Republic.


Rome Prisma Film Awards review about the film “Beyond the Wall”

“Beyond the Wall” is an elusive film, which can hardly be seen and interpreted as a common cinematic experience. This film is rather an impalpable coming and going between the arts and perception, between reality and spirituality. Azer Agalarov, the director, evidently caught in his greatest inspiration, is very good at blurring the boundaries of the narrative, to the point that it is no longer possible to distinguish reality from lyrical abstraction. The film thus becomes a complex manifesto of the inner life, and of how it constructs the perceived world. It is no coincidence that the protagonist of this film is the “artist”, a mediator between interiority and exteriority, between past and future. But the narrative soon expands, and on the notes of the beautiful soundtrack, art becomes the starting point for a lyrical journey into our very essence.
With this film Agalarov tries to answer the universal questions of the world, without engaging the exact science, but exploiting, rather, those secret connections that bind everything. The camera can only follow the dizzying trajectory of this superhuman momentum. The direction is elegant, courageous and extremely dynamic. The montage completes this visual dance, transporting us from one dimension of life to another. A unique film, halfway between cinema and poetry.