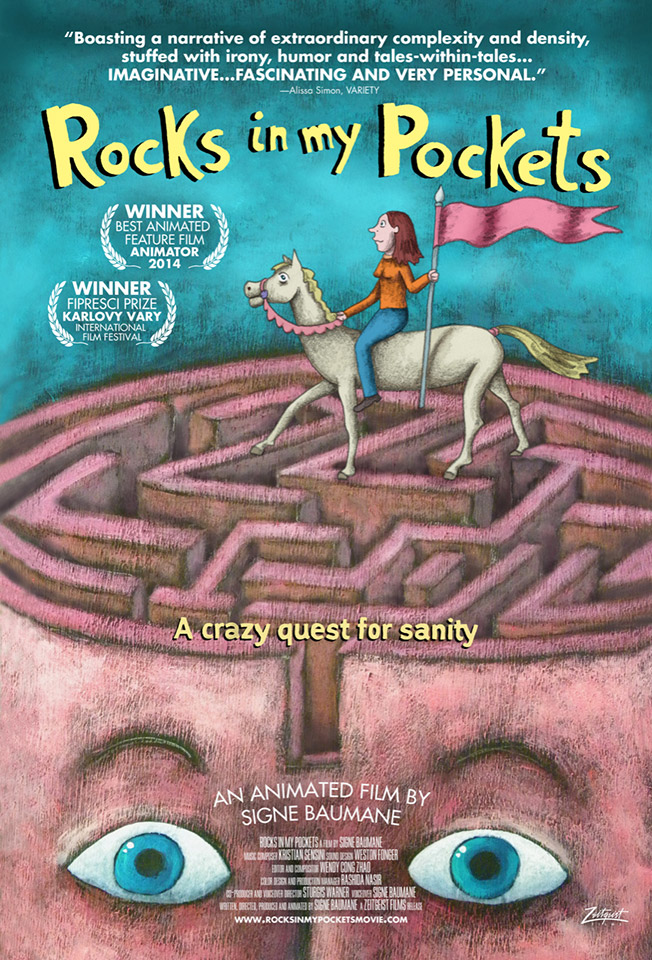 Rocks in My Pockets is an animated film written, produced, directed and animated by Signe Baumane.

The personal story of a woman struggling with an inherited illness, as told by Signe Baumane, the Latvian director-animator living in New York City. With humour and courage, the director sets out on a challenging journey to discover her family’s best-kept secret. Featuring five stories about the courageous women in Signe’s family and their battles with madness, visual metaphors, surreal images and director’s narration.
Signe Baumane is a Latvian animator, fine artist, illustrator and writer, currently living and working in New York City. She is a member of the Academy of Motion Picture Arts and Sciences, she was a 2005 Fellow in Film of the New York Foundation for the Arts. She is also a teacher, having taught animation at the Pratt Institute from 2000 to 2002.